Trek with Global Journeys across North Africa through Morocco to delve into civilizations of the past for an unforgettable experience.

Our adventure takes you to a Kingdom of a thousand contrasts where we ride a camel through the Sahara Desert, surf down sand dunes, and hike in a “Grand Canyon”, Then off to barter in markets in Imperial cities of Fes and Marrakesh for exotic spices, rugs, copper, silver, leather and argan oils, and experience the Berber culture along the roads of a thousand Kasbahs.

At the centre of the walled Marrakesh medina is the souk – its famous marketplace, a vast labyrinth of narrow streets filled with colourful handicrafts, artisan workshops, and bazaars. The Djemma el Fna in the heart of old Marrakesh comes alive in the late afternoon with a carnival of snake charmers, fortune-tellers, acrobats, musicians, belly dancers, story-tellers.

We travel to Ouarzazate (pronounced wah-zaz-zatt) – Morocco’s Hollywood. The cinematic terrain surrounding Ouarzazate is a mecca for movie makers and this area has been featured in numerous block buster films like Lawrence of Arabia, The Mummy, Star Wars, and Gladiator, as well as the TV Series Game of Thrones.

Nearby, is the UNESCO World Heritage Site, Ait Ben Haddou, a giant fortification of earthen clay architecture that has been a backdrop in many films. Enroute, we travel across the High Atlas mountains and see the Dades and Todra Gorges, Morocco’s “Grand Canyon” – so expect to be wowed by spectacular views.

The Adventure continues when we enter the Sahara at Merzouga to experience the dunes of Erg Chebbi, some as high as 820 feet. Our group will trek by camel to an oasis camp and spend a night in Berber tents under the stars in the middle of the desert, to watch the sun set and rise over the Sahara.

From the desert we will travel north to arrive at the fascinating Imperial city of Fes – the world’s largest active medieval city, with over 9500 alleyways. It will seem as if we took a step back to the Middle Ages. We explore the cobbled streets of Fes el-Bali – and you have to try the centuries old cultural tradition of visiting a hammam – a version of a public Roman Bath where everyone would go to get the latest gossip or discuss politics.

We will visit the historic city of Meknes, a UNESCO world heritage site, founded in the 11th century and architecturally impressive with its wide ramparts, impressive palaces, and mosques and the Roman ruins at Volubilis with some of the best archaeological treasures in the country.

Further northwest, in the foothills of the Rif Mountains, is the quaint town of Chefchaouen with buildings painted in brilliant hues of blue with a medina (city centre) nestled into the crooked hillside streets.

And finally we will travel towards Casablanca – Morocco’s modern economic capital and en route stop in Rabat – founded in the 12th century as a fortified town, home to some of Morocco’s oldest buildings as well as hip cafés and shops.

“Little and lasting is better than much and passing.”
– Moroccan Proverb

While in Morocco & the Sahara

This program is filled with included excursions however based on student interest onsite and if time permits additional activities may be added.

(2022 dates abroad are subject to change) 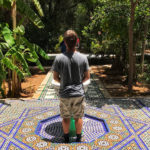 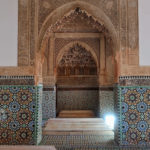 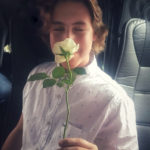 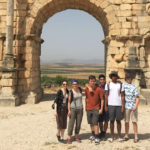 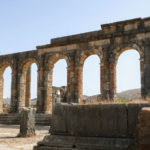 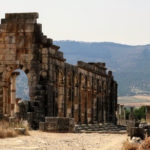 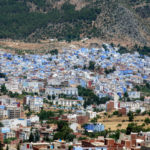 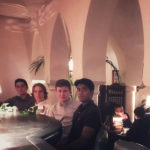 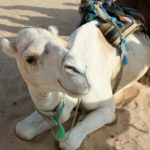 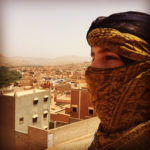 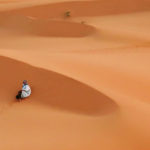 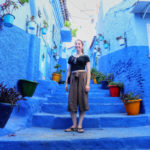 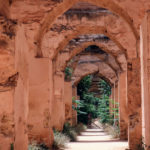 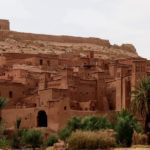 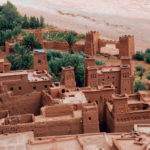