Do you teach History?

Join Global Journeys Academy for a specialized tour of Berlin that will enrich your teaching practice in a range of history courses, including CHC2D, CHT3O, CHY4U and CHM4E. This will be a professional development experience like no other!

This specialized “Holocaust” tour of Berlin explores responses to the Holocaust as reflected in the arts of its victims and survivors and its continued impact on society in Germany today. Guided site visits, professional lectures, and public talks by Holocaust survivors will deepen your knowledge and strengthen current teaching practices.

Our 7-day program explores the monuments and memorials honoring the lives (lived and lost) of Jews during the Nazi regime in Germany. We start by visiting two major sites commemorating, in abstract and controversial ways, the physical and spiritual meaning of the Holocaust:

The Memorial to the Murdered Jews of Europe consists of 2,711 concrete stelae arranged in a grid pattern creating long, straight and narrow alleys. The memorial is fully immersive so that visitors can walk through the alleys and experience the uneasy atmosphere of the layout. The underground Visitor Information Centre remembers Jewish Holocaust victims, sharing the names and histories of individuals and families.

The Jewish Museum Berlin is the largest Jewish museum in Europe documenting Jewish-German history. We’ll visit the Libeskind building with its installation of Shalekhet – Fallen leaves: 10,000 faces punched out of steel and laid on the ground in the Memory Void, as well as the Garden of Exile, an outdoor memorial consisting of 49 concrete rectangular columns over 6 ft tall, intended to represent the exile of Jews.

Other memorial sites to be visited include:

In addition to site visits, participants will hear several guest lectures hosted by the Institute of Jewish Studies at the Freie Universität Berlin as well as public talks by Holocaust survivors. 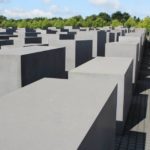 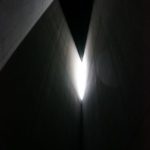 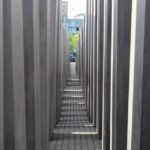 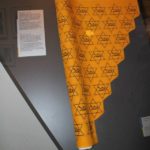 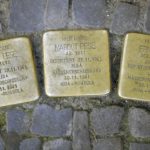 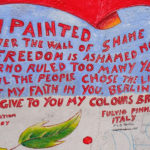 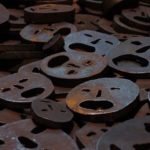 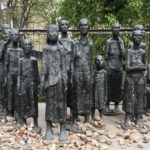 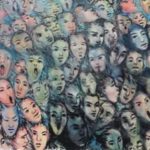 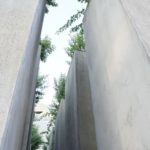