Do you teach Religion?

Join Global Journeys Academy for a specialized tour of Rome that will enrich your teaching practice in a range of religion courses, including HRT3M and HRF30. This will be a professional development experience like no other!

Our 7-day program immerses participants in the traditions of ancient and modern Romans. We begin at the Pantheon, originally a Roman temple dedicated to “all the gods” but converted in 609 into a Christian church dedicated to St. Mary and the Martyrs. The church is still in use today, with masses celebrated on Sundays. We’ll examine several other ancient Roman temples which have been converted to Catholic churches.

Rome is known for its hundreds of churches, most notably of the Protestant and Catholic denominations. We’ll visit some of the most famous architectural structures of both denominations, including: St. Paul Within the Walls (Episcopal), All Saints’ Church (Anglican), and St. Andrew’s Church (Presbyterian) as well as famous basilicas including: San Giovanni in Laterano (Papal), Santa Maria Maggiore (Marian), and Santa Maria del Popolo (Augustinian), which contains artworks by several famous Italian artists including Bernini and Caravaggio.

In addition to site visits, participants will hear a guest lecture on the “History of Christianity” by a member of the Department of History, Anthropology, Religions, and Performing Arts at La Sapienza: Università di Roma.

Finally, our tour takes us to the Vatican City, headquarters of the Roman Catholic Church and a UNESCO World Heritage Site. We’ll visit St. Peter’s Basilica, the Sistine Chapel, and the Vatican Museums, exploring the artworks, tombs, and relics sacred to the Catholic faithful.

In addition, participants will also explore the Great Synagogue of Rome and learn about the history of the Jewish community in Rome, dating back to the 2nd century BC. Participants will also explore the Mosque of Rome and the Italian Islamic Cultural Centre, to learn about the modern Muslim community in Rome. 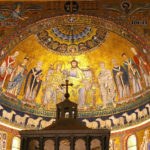 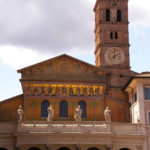 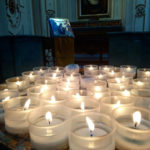 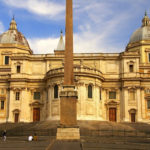 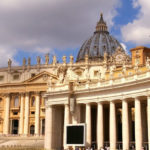 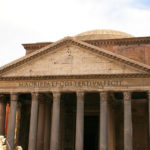 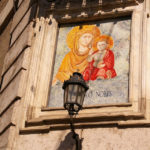 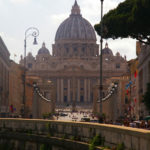 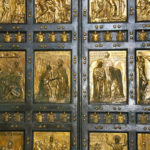 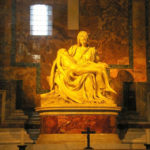